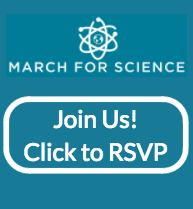 From intro courses that teach students how to ask questions and evaluate truth based on the weight of evidence to cutting edge research that saves lives and protects our environment, science serves the common good. Science is a vital feature of a working democracy, spurring innovation, critical thinking, and increased understanding.

And from the highest levels, science is under heavy attack.

But science’s many advocates are resisting efforts to defund science, harass scientists, and suppress facts. AAUP members, leaders, and  supporters are proud to join and support the March for Science on April 22, Earth Day, when scientists and its defenders will head to Washington DC and hundreds of satellite marches across the globe to stand up for science.

Join us at the March for Science. RSVP here.

A few weeks ago, Michael Mann, an AAUP member and professor of atmospheric sciences at Penn State, shared his story of what it was liked to be attacked, harassed, and investigated for his research on climate science. He warned of unprecedented assaults on science by the government that should be supporting and promoting it.

The AAUP continues to monitor and challenge these attacks. We also want to hear from you — how the attacks on science affect you and your work, and why you’re participating in the marches. We’ll feature some of your personal stories on social media.

This site uses Akismet to reduce spam. Learn how your comment data is processed.