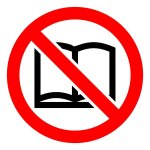 Today the AAUP issued In Defense of Knowledge and Higher Education, a statement that advances an impassioned argument for the importance of expert knowledge and the institutions of higher education that produce and transmit it. Addressing an ongoing movement in the United States to attack the disciplines and higher education institutions, the statement defends the critical role these institutions perform in producing the knowledge that sustains American democracy, especially in this moment of intense global instability. In Defense of Knowledge and Higher Education was prepared by the AAUP’s Committee A on Academic Freedom and Tenure and has been endorsed so far by the Association of American Colleges and Universities, the Council of University of California Faculty Associations, the Faculty Association of California Community Colleges, PEN America, and the Phi Beta Kappa Society.

In the statement, the AAUP calls attention to the threats posed by attacks on expert knowledge. How can a government develop effective policy when it rejects informed, dispassionate studies of climate change, suppresses its own data collection on white supremacist domestic terrorism, or imposes gag orders on doctors under regulations prohibiting discussion of abortion or contraception, merely because they contradict ideological belief? “We cannot eat ideological belief; wishful thinking will not keep us safe,” the statement asserts.

In Defense of Knowledge and Higher Education connects the current attack on the disciplines and higher education with the undermining of universities that has occurred since the 1970s. Cuts in federal and state funding for public universities and for basic research have weakened universities by increasing their reliance on private support, encouraging the substitution of contingent positions for faculty appointments with indefinite tenure, widening the gap between richer and poorer institutions, and facilitating the rise of corporate management styles by administrators and trustees with the consequent diminution of faculty participation in university governance.

The statement reemphasizes the pledge of the AAUP’s founders “to safeguard freedom of inquiry and of teaching against both covert and overt attacks and to guarantee the long-established practices and principles that define the production of knowledge.” It concludes by calling on “those who value knowledge to take a stand in the face of those who would assault it, to convey to a broad public the dangers that await us—as individuals and as a society—should that pledge be abandoned.”

Henry Reichman
Chair,  Committee A on Academic Freedom and Tenure