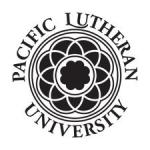 An AAUP report found that Pacific Lutheran University (PLU) acted in violation of the 1940 Statement of Principles on Academic Freedom and Tenure when it summarily dismissed Jane Harty, a part-time faculty member with forty years of service in the Department of Music at PLU, in 2018. The dismissal hearing held by the university for Harty was described as a “sham exercise” in the AAUP report.

The AAUP concluded that the relatively minor nature of the misconduct in which Harty was alleged to have engaged and the summary nature of the administrative action taken suggest her dismissal may have stemmed from the administration’s long-standing displeasure with her advocacy for the rights of faculty members on contingent appointments.

Join us for a Facebook Live with AAUP senior program officer Hans-Joerg Tiede on Thursday, January 23, at 3 p.m. ET for a brief overview of the report. RSVP here.

As the report details, in November 2018, Harty was summarily suspended from her teaching responsibilities without a dismissal hearing for allegedly violating a directive that prohibited faculty members from accepting payment from PLU students for private music lessons given independently of the university. Following lengthy correspondence between the AAUP’s staff and the administration, in which the administration’s representatives repeatedly shifted their characterization of the action against her, the PLU administration agreed to afford Harty a faculty dismissal hearing, as stipulated under AAUP-recommended standards.

At the hearing, which was attended by an AAUP observer representing the AAUP’s national office, the administration took the position that it was not actually dismissing the faculty member, and the faculty hearing body did not therefore determine whether the charges warranted dismissal. In effect, the procedure was a dismissal hearing in name only.