Yesterday, a group of plaintiffs including the University of Oklahoma chapter of the AAUP filed a lawsuit challenging an Oklahoma law, known as HB 1775, which severely restricts faculty at public universities and K–12 public schools in the state from teaching and talking about race and gender in the classroom.

Oklahoma is one of eight states that have passed similar legislation seeking to suppress discussion about race and gender in the classroom. This is the first federal lawsuit facially challenging one of these statewide bans—that is, arguing that the law is unconstitutional as it is written, not only as it has been applied. The lawsuit argues that HB 1775 chills students’ and educators’ First Amendment right to learn and talk about these issues, and also prevents students from having an open and complete dialogue about American history.

The enactment of HB 1775 has already harmed teachers and students. In public universities, professors fear sanctions for continuing to teach material related to race, gender, and sexual orientation, and some professors have restructured their pedagogy to avoid such topics. Oklahoma school districts have instructed teachers not to use terms including “diversity” and “white privilege” in their classrooms, and have removed important works of literature such as To Kill a Mockingbird and A Raisin in the Sun from a list of “anchor texts.” Multiple Oklahoma public schools have also scaled back or eliminated diversity, equity, and inclusion trainings.

In the words of Michael Givel, president of the OU-AAUP chapter, the law “directly curtails academic freedom in public universities in Oklahoma. It has a chilling effect on academic freedom as it can and has purposely targeted Oklahoma public school teachers and administrators from imparting a complete history in our schools, free from censorship or discrimination. Curriculum decisions and what is taught in a college classroom for the promotion of a balanced education are unequivocally protected from outside political requirements and interference. University professors are not sock puppets for the biased ideological agendas of elected politicians.”

The groups are asking the court to declare the law unconstitutional under the First and Fourteenth Amendments and are urging the court to issue a preliminary injunction.

This lawsuit was filed in the United States District Court for the Western District of Oklahoma by the American Civil Liberties Union, ACLU of Oklahoma, the Lawyers’ Committee for Civil Rights Under Law, and pro bono counsel Schulte Roth & Zabel LLP. 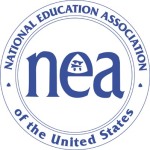 The AAUP has filed an amicus brief in conjunction with the National Education Association (NEA) in a case that wealthy, anti-union organizations are using to try to deal a “mortal blow” to unions.

The case Janus v. American Federation of State, County, and Municipal Employees, Council 31 is the latest legal threat to union rights and is part of a broad effort to weaken the power of working people, to undermine public services, and to erode the common good.

Together with our chapters and allies, the AAUP is continuing to organize to defend higher education as a public good. The brief we filed argues that fair share fees in public-sector unions are an equitable way to distribute the costs of collective bargaining among all who benefit.

Evidence shows that maintaining a robust collective negotiations system advances the public’s interest in providing high-quality public services. Studies included in the amicus brief clearly show that unionization in public schools and universities is linked to improved quality of education and of working relationships within educational institutions.

The Supreme Court will hear oral arguments in the case on February 26, 2018. A decision is expected by the time the Court’s term ends in late June 2018.

Continue to support our legal work in Janus and other cases. Donate to the AAUP Foundation today.