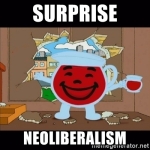 I write to you today, as voter registration deadlines fast approach, with an urgent call to action. These are extraordinary times and much is at stake. Since its founding in 1915, the AAUP has never endorsed a candidate for office or engaged in partisan political activity. What the AAUP has done in its one hundred- and five-year history is defend and protect academic freedom, promote shared governance, and advocate for the economic security of individuals who teach and research in higher education. These are interconnected necessities to ensure that higher education serves the common good. Most of the time, the AAUP has responded to attacks on higher education exceptionally well, and sometimes we have not lived up to our mission and our founding principles. Now, we find ourselves in a moment to which we must respond with clarity and strength.

There is no downtime in the 24/7 news cycle. There is a constant and yet depressingly unpredictable stream of fresh outrages to process. Our national leadership’s response to the global pandemic is incompetent, at best, and borders on malevolent. We have the highest number of deaths by far of any country. As I write, our death toll is over two hundred thousand, a number which, based on modeling of the pace of spread in March 2020, was suggested as the total number of deaths we would have from the virus, and there is no end in sight. The resulting hit to the economy and the real-world implications for people who are unemployed or underemployed and for small businesses is no less than devastating. As a nation, we may—at long last—be willing to begin to reckon with systemic and institutional racism, but this is likely only due to the fact that instances of brutality and racism, long hidden, are now being captured on video and broadcast. It’s not possible to look away anymore.

Senate majority leader Mitch McConnell announced that he would have the Senate vote on President Donald Trump’s nominee to the Supreme Court before some people had heard that Justice Ruth Bader Ginsburg had passed away. At least he saved us the effort of having to speculate if he would respect the precedent he put into place during the Merrick Garland confirmation fiasco. “Of course he wouldn’t. What did you expect?” is a very common response I hear from my cynical friends and colleagues. I view that kind of cynicism as cognitive protection, a form of self-care that is completely understandable. It’s a lot more painful to acknowledge that Mitch McConnell views you and all of your fellow citizens as chumps, but that acknowledgement may help us to see this moment with clarity, and respond with the needed action and strength.

Just days after Donald Trump’s election took many of us by surprise in 2016, the AAUP’s national leadership issued a statement in which they suggested that a Donald Trump presidency might be “the greatest threat to academic freedom since the McCarthy period.” They supported this suggestion with concrete examples from Trump’s campaign and predicted that a Trump presidency could bring a chilling effect on the rights of students and faculty members to speak out, make it difficult for universities to attract students and scholars from other countries and to engage in the international exchange of ideas, and attempt to cripple public employee unions by overturning their established right to collect fees from the nonmembers they must serve.

Despite the fact that every one of their predictions came true, I would argue that my colleagues got things wrong in that they seriously underestimated how bad things could get. Anti-intellectualism, long a thriving subculture in the US, is now the currency of our leaders. Temperatures will get cooler and the coronavirus will just disappear, according to the president. Reasoned arguments, logic, science, evidence-based conclusions, data-driven strategies, the currency of the academy, are all for chumps. In this bizarro world, it’s hard to know what’s real, and that’s the administration’s goal.

The attacks on education by the government are particularly egregious. Certainly, partisan controversy regarding the teaching of US history is nothing new, but the level of government pushback directly aimed at the Pulitzer Prize winning 1619 Project, complete with the announcement by President Trump of a competing “1776 Commission” to “promote patriotic education” and a grant supporting “the development of a pro-American curriculum that celebrates the truth about our nation’s great history” is an outrageous government intrusion into curricular matters. Trump’s recent attack on critical race theory is a fresh attack on expert knowledge and an inappropriate intrusion of politics into scholarship which puts a bulls-eye on the backs of researchers in this field. When, in a good faith effort to begin to address systemic racism at Princeton, university president Christopher Eisgruber acknowledged that racism is embedded in the university structures and history, Trump’s Department of Education initiated an investigation to determine if Princeton’s nondiscrimination and equal opportunity claims since 2013 may have been false as a result of its “admitted racism.” These are only the outrages that involve education, and all happened this month.

Let’s be clear that our problems did not begin with the current occupant of the White House. Our problems are the result of decades of the neoliberal agenda, privatizing what should be public systems and worsening income inequality. But they have been exacerbated by the Trump administration. AAUP president Rudy Fichtenbaum called it spot on when he wrote in early 2017:

The Trump presidency will be neoliberalism on steroids. The transformation of higher education into a highly stratified, for-profit business aimed at serving the interests of the wealthy and America’s corporations will accelerate under the new administration. The goal of creating an educated citizenry will be subordinated to the demands of wealthy and corporate interests, and academic freedom for faculty, students, and researchers will consequently be under attack.

All this was certainly evident in how universities have responded to the pandemic. Faculty had little or no say on how our institutions responded or on re-opening decisions, and administrations more often than not made decisions driven by finances and external political pressure over public health and the common good.

In this election, democracy as a concept is on the ballot. A well-functioning democracy requires respect for rules and standards, and respect for the rule of law. A vibrant democracy demands an educated citizenry and a free press. We need to vote for norms and standards, the rule of law, racial justice, social justice, and decision making with integrity based on reasoned arguments and expert knowledge. We need to vote for a living wage, for access to health care, for access to affordable high quality public higher education as a common good. To be silent now is to be complicit.

Vote, volunteer, organize. Find allies and build a movement for change. Join the AAUP, if you’re not already a member. Honor Justice Ruth Bader Ginsburg by following the advice she gave to her audience when she received the Radcliffe Medal at Harvard University in 2015, “Fight for the things that you care about, but do it in a way that will lead others to join you.”