The governing Council of the American Association of University Professors voted unanimously today to pass a joint resolution resoundingly condemning the University of North Carolina Board of Governors and System Office for multiple violations of widely accepted standards of shared governance and academic freedom and for a sustained climate of institutional racism.

The vote comes less than two months after the AAUP’s publication of a special committee report calling attention to the alarming trends in the UNC system perpetuated by increased political pressure and interference within the system. The resolution is a step forward in acknowledging and beginning to address systemic and institutional racism in the academy.

The AAUP’s Council also voted to add Linfield University to the Association’s list of censured administrations over the dismissal of Daniel Pollack-Pelzner, a tenured English professor who spoke up about multiple allegations of sexual misconduct by members of the university’s board of trustees. The Council vote follows a recommendation from the AAUP’s Committee A on Academic Freedom and Tenure, which published a report in April that found that the administration retaliated against Pollack-Pelzner for speech and conduct he exercised as part of his responsibilities as a faculty trustee and that the institution violated its own regulations as well as the AAUP’s widely adopted principles of academic freedom and tenure by not demonstrating adequate cause for the dismissal.

In more positive news, the AAUP’s Council voted to accept the  recommendation of Committee A and remove St. Edward’s University from the Association’s list of censured administrations. St. Edward’s University was added to the list in 2019 as the result of the termination of a tenure-track and two tenured faculty members who were not afforded a dismissal procedure that comported with AAUP-supported standards. In July 2021 the institution’s newly installed president wrote that she had made removal of censure a priority that she hoped to achieve through shared governance. The administration began working with the faculty senate to address institutional policies implicated in the actions that led to censure. In May 2022, the governing board adopted several sets of revisions to the faculty manual that, among other issues, established tenure protections where they had previously existed only nominally. Last month the two tenured faculty members reported having reached an out-of-court settlement with the university. The case of the tenure-track faculty member is scheduled for jury trial in August. In late May, an AAUP representative made a virtual visit to campus on behalf of the AAUP’s national office, to confirm that current conditions for academic freedom and tenure at St. Edward’s are sound. Her report states that the university had taken “all the actions that the AAUP suggested” and that the faculty leaders with whom she spoke attested to “an improved climate for academic freedom and tenure.”

In September 2021, we announced that the AAUP and the American Federation of Teachers were exploring ways to expand and enhance our very successful ten-plus-year organizing partnership.

We are incredibly proud of the work that AAUP and AFT have done together to organize faculty and graduate employees around the US and to strengthen higher education and the profession. As a result of our partnership, more than twenty thousand faculty and other academic workers are in unions that are jointly represented by the AAUP and the AFT. In addition, we have worked together on important legislative efforts at the federal and state level to expand access to higher education, ensure adequate funding for public institutions, increase Pell grants, and expand academic workers’ right to unionize. AAUP members are already being included in planned student loan debt clinics run by AFT higher ed staff, and AFT members have had the opportunity to attend our Summer Institutes. Since last fall, we’ve been discussing how to best build on our successful organizing work, support our shared commitment to education and the common good, and build a stronger and more inclusive higher education movement.

We don’t believe it’s an exaggeration to say that democracy is hanging on by a thread right now, and a strong higher education movement is part of what’s needed to salvage and strengthen our democracy. In the few months since we started exploring possibilities for affiliation, the attacks on higher education and the common good have increased. Educational gag order legislation aimed at curtailing academic freedom has been introduced in thirty-eight states. We see administrations acquiescing to pressure from governing boards and state legislatures on fundamental issues such as academic freedom, faculty shared governance, and due process. We see state systems launching full assaults on tenure.

At the same time, we see a renewed interest in organizing to confront these challenges among faculty and other academic workers. On campuses where unionization is possible, we see faculty forming organizing committees and starting union campaigns. We also see a renewed interest in building and strengthening advocacy chapters as a vehicle for campus change. The ongoing challenges facing higher education and this renewed interest in organizing underscore the need for solidarity—with our colleagues and within our own organization, to be sure, but also with other organizations and with the academic labor movement as a whole. This affiliation will help all of us—AAUP and AFT Higher Education members together—achieve this. 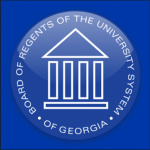 In an unprecedented action, the board of regents of the University System of Georgia (USG) in October voted to adopt changes to its post-tenure review policy that make it possible to fire tenured faculty without a dismissal hearing, a clear attack on academic freedom and tenure. Today the AAUP released a report on the case.

The report, Academic Freedom and Tenure: University System of Georgia, outlines the USG administration and board of regents’ flagrant violation of long-established standards on tenure. The new USG policy effectively abolishes tenure in Georgia’s public colleges and universities by allowing a system institution to dismiss a tenured professor for failing to remediate deficiencies identified through post-tenure evaluation without affording a hearing before a faculty body in which the administration demonstrates cause for dismissal. Without this academic due process, tenure does not exist.

The report also finds flagrant violations of AAUP standards of academic governance. Under those standards, the USG faculty should have played a primary role in developing any changes to the system’s post-tenure review policy. Instead, the USG administration and governing board initiated, pushed through, and imposed a new faculty evaluation policy without meaningfully involving the faculty and over the strong objections voiced by the system’s critical faculty governance bodies.

In a series of letters between Acting Chancellor Teresa MacCartney and the AAUP, MacCartney, presumably speaking for the regents, takes the position that tenure in the University System of Georgia has survived the regents’ revisions to the post-tenure review policy. But she does so by disregarding the generally accepted understanding of academic tenure, which cannot be separated from academic due process. Absent academic due process, the report states, tenure in the USG survives in name only.

At its next meeting, the AAUP’s Committee A on Academic Freedom and Tenure will formulate a recommendation on censure based on the findings in this report. This recommendation will go to the AAUP’s governing Council, which will vote on whether to add the USG to the Association’s list of censured administrations. Censure, however, is not inevitable. As always, the AAUP would welcome a resolution that honors its recommended principles and standards. In this case, such a resolution would entail the restoration of the due-process protections of tenure to the USG post-tenure review policy.

Here’s the link to the report again. We will keep you updated as the situation develops.

The steady rise of contingent faculty appointments and the growth of administration in higher education present a significant threat to academic freedom and shared governance. That’s the conclusion of studies on contingency and administrative growth in the AAUP’s Annual Report on the Economic Status of the Profession, 2020–21.

Some key findings on contingency and administrative growth:

As we note in the report, contingent appointments are the least secure, lowest remunerated, and generally least supported faculty positions. Most faculty members who are paid per course section do not receive retirement or medical benefit contributions, and in most states, adjunct faculty members do not have rights to unemployment insurance. Faculty tenure is the only secure protection for academic freedom in teaching, research, and service.

The prevalence of contingent faculty appointments also means that shared governance in higher education is increasingly at risk. Without adequate numbers of full-time tenure-line faculty members, many institutions now appoint administrators to committees that govern areas formerly within the sole purview of faculty committees.

This deep imbalance between the rise of contingency and the rise of management, particularly the exorbitant rise in high-level administrative salaries, requires urgent action. Governing boards, legislators, and other policy makers must provide funds for a substantial readjustment of academic salary levels to avoid irreparable harm to the US higher education system. Additionally, the AAUP holds that full and part-time faculty members, regardless of rank, are to be considered eligible for tenure and the protections it affords. Faculty teaching, research, and service must remain the focus of higher education.

You can read the full report and view charts of our findings on contingency and administrative growth here.

Next week, we will discuss the report’s findings on rising institutional debt and share resources from our New Deal for Higher Education campaign on this issue.