Higher education in the United States is experiencing a crisis in academic governance. Many institutions faced dire challenges in the 2020–21 academic year; for some, the pandemic exacerbated long-festering conditions. At other institutions, governing boards and administrations opportunistically exploited the pandemic. They used it as an excuse to put aside established academic governance processes and unilaterally close programs and lay off faculty members.

That’s the conclusion of a report we are releasing today: Special Report: COVID-19 and Academic Governance.

Read an executive summary or download the complete report.

Visit the AAUP Facebook Page today at 12 ET to watch a brief Facebook Live presentation on the report.

It’s the report of an investigation, which we chaired, focusing on eight institutions: Canisius College (NY), Illinois Wesleyan University, Keuka College (NY), Marian University (WI), Medaille College (NY), National University (CA), University of Akron, and Wittenberg University (OH). But as soon as news of this investigation was released, faculty members from a wide range of institutions contacted the AAUP’s staff with accounts of similar developments on their campuses, and news reports continued to pour in about the financial effects of the pandemic on other institutions. The crisis is widespread, and our report should be understood as illustrative rather than exhaustive.

What We Must Do

The best way to protect and preserve shared governance is through concerted efforts by your chapter on your campus. This work is not quick or easy, but it can be effective, and the consequences of not doing it are dire.

That’s the conclusion of the special report we are releasing today: COVID-19 and Academic Governance.

An AAUP investigation released today finds that the governing board of the Maricopa Community Colleges was motivated by a desire to bust the faculty union when it decided in February 2018 to repeal the entire faculty manual, restrict the faculty’s participation in institutional decision making, and terminate a “meet-and-confer” process. That process had been used for more than forty years to establish institutional policies related to faculty matters and to make recommendations on salary and budgets.

The board also eliminated the role of the only district-level representative faculty governance body. This also served as the governing body of the faculty association, an organization that was incorporated as a union, but which did not have collective-bargaining rights under state law. In short, the board’s actions destroyed what had been an effective system of shared governance.

Our investigating committee—Bethany Carson of Santa Fe Community College, Emily M.S. Houh of the University of Cincinnati, and I—found that the governing board acted in disregard of normative standards of academic governance, as laid out in the Statement on Government of Colleges and Universities, which was jointly formulated by the AAUP, the American Council on Education, and the Association of Governing Boards of Universities and Colleges.

We also found evidence, based on correspondence obtained through open records requests, which strongly suggests that the board’s intervention was an engineered performance of political theater motivated by the partisan ideology of two former Republican members of the Arizona House of Representatives—one who served as chair of the board and the other as a member.

Join me for a Facebook Live discussion of the report tomorrow at 12 ET. RSVP here.

AAUP investigating committees are appointed in a few select cases annually in which severe departures from widely accepted principles and standards of academic freedom, tenure, or governance have been alleged and persist despite efforts to resolve them. Governance investigations are an important tool in our work to protect and advance the faculty’s voice in decision making; they shine a light on egregious practices and are intended to motivate institutions to improve these practices.

In this case, improvements came quickly. Not long after the visit of the investigating committee, three new members were elected to the Maricopa governing board and the existing board president announced his resignation. After the AAUP shared our findings with the administration, the board passed a proposal that rescinded the earlier changes and will eventually restore many of the shared governance mechanisms that the old board had terminated.

You can read the full report here.

P.S.–You can support governance and academic freedom investigations by donating to the AAUP Foundation today. 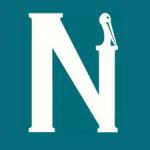 According to an AAUP investigative report released today, the most plausible explanation for the dismissal of a faculty member from Nunez Community College was that it occurred as a retaliatory measure, violating his academic freedom. Professor Richard Schmitt, a nontenured associate professor of English with twenty-two years of service at the institution, had disagreed with the administration over the accuracy of an accreditation report.

Schmitt was informed during a conference call that his appointment was not to be renewed. In blatant disregard of commonly accepted standards in higher education, he was given no due process for contesting his termination, no dismissal hearing, and no reason for the decision not to renew his contract.

To learn more about the case, join me for a brief Facebook Live on Thursday, February 14, at 2 p.m. ET,  where I’ll discuss the investigation and its implications. RSVP here.

A recorded version will be available on the AAUP’s One Faculty, One Resistance site and Facebook page after the conclusion of the broadcast.

Nunez Community College, located in Chalmette, Louisiana, does not have a formal tenure system, and appoints all of its instructors on contracts of one year or less, in violation of the widely accepted academic standards codified by the 1940 Statement of Principles on Academic Freedom and Tenure. That statement, jointly formulated by the AAUP and the American Association of Colleges and Universities, has been endorsed by more than 250 scholarly and educational groups. Because he had served well past an acceptable probationary period, AAUP standards recognize Schmitt’s appointment to be with de facto continuous tenure. Accordingly, he should be dismissed only for cause or as a result of institutional financial exigency or program closures for educational reasons.

The administration’s abrupt nonrenewal of Schmitt’s appointment, without stated cause, after more than two decades of service, constitutes a gross violation of the protections of academic due process, and in the absence of any stated cause for the administration’s actions and on the basis of the available information, must be deemed a retaliatory measure that violated his academic freedom.

You can read the full report here.

At its June meeting, the AAUP’s Committee A on Academic Freedom and Tenure will consider whether to recommend to the AAUP’s annual meeting that censure be imposed on the Nunez Community College administration for substantial noncompliance with AAUP-supported standards of academic freedom and tenure.

AAUP’s Committee A on Academic Freedom and Tenure released the following statement calling on public universities to not require speakers and others to pledge that they do not now, nor will they in the future, endorse a specific political movement.

“According to the National Coalition Against Censorship, at least seventeen states have passed legislation imposing punitive measures against supporters of boycott, divestment, and sanctions (BDS) with regard to Israel. As a result, some public universities in those states have begun to require that external speakers invited to campus and others who contract with these universities, such as external reviewers of tenure and promotion materials, sign a statement pledging that they do not now, nor will they in the future, endorse BDS.

The American Association of University Professors does not endorse BDS. We take no position on the Israeli-Palestinian conflict nor on calls for divestment or economic sanctions. But we oppose all academic boycotts, including an academic boycott of Israel, on the grounds that such boycotts violate the principles of academic freedom and the free exchange of ideas for which our organization has stood for over one hundred years. We believe that academic freedom ought not to be subordinated to political exigency; there will always be compelling political causes that will challenge the ideal of free and open scholarly exchange.

It is precisely for this reason that our opposition to BDS is matched as resolutely by our opposition to these pledges, which are nothing short of an attempt to limit freedom of speech and belief. Indeed, they conjure the specter of loyalty and disclaimer oaths, mainstays of McCarthyism. The right of individuals to engage in political boycotts, and to come together collectively to support a boycott, has a long and storied history in American civil protests. At colleges and universities especially, where reasoned disagreement and debate should be the order of the day, demands that faculty and students forswear support for a peaceful protest are repugnant.

At a time when there is widespread interest in making sure that speakers on all points of the political spectrum are able to make themselves heard on American campuses, the contradiction in seeking to ban advocates of this particular position is obvious and unacceptable. We, therefore, call on all institutions of higher education in the United States to challenge the required renunciation of BDS and uphold freedom of speech and belief for all members of the academic community.”

The AAUP also sent a letter to the Israeli government this week in regard to the interrogation, subsequent expulsion, and apparent banning from Israel of Columbia Law School Professor Katherine Franke in April of this year. Franke, a supporter of BDS, was expelled from Israel when attempting to visiting Israel in her capacity as a scholar and civil rights leader, not as a supporter of BDS. We believe such actions have grave implications for international academic exchange and are urging the Israeli government to reconsider the expulsion and to revoke any further ban on Professor Franke’s entry for purposes of collaborative academic and scholarly work in Israel.

The link to the statement and letter can be found here.

Thank you,
Henry Reichman, Chair, Committee A on Academic Freedom and Tenure