The answer is: Extremely likely.

Due to a surge in efforts to chill dissent, undermine academic freedom, and destabilize higher education, over a dozen states currently have a campus “free speech” bill in their state house or senate.

Then see the AAUP’s Campus “Free Speech” Toolkit for a phone script, talking points, a primer, and a full report on the issue. With the toolkit, it’s easy to make a quick call or fire off an email to the appropriate legislator.

You’ll be glad you did. Campus speech legislation is an example of legislative interference in the autonomy of universities and colleges. It undermines academic freedom, and chills dissent on campus. This damaging legislation often has some or all of the following characteristics:

Concerned? We all are.

You can make a difference. First, track the bill here.

Thank you for defending higher education from this unnecessary and speech-chilling legislation.

P.S. Want to get more involved in defending against campus “free speech” legislation? Click here and an AAUP organizer will get in touch.

Over the weekend, during a speech to activists at the Conservative Political Action Conference, President Trump pledged to issue an executive order that would deny federal research funds to colleges and universities that do not “support free speech.”

The AAUP’s position on this is clear. We strongly support freedom of expression on campus and the rights of faculty and students to invite speakers of their choosing. And we support the institutional autonomy of colleges and universities and the roles of faculty, administration, and governing boards in institutional decision-making. The president’s proposal is a dangerous solution to a largely nonexistent problem.

Add your name to the AAUP’s open letter condemning Trump’s plan to take executive action on free speech on campus.

Even if the current political environment poses significant problems for free speech, the view that the free exchange of ideas no longer occurs on campuses is grossly exaggerated. There are and always will be individuals on campus and in society generally who wish to silence those with whom they disagree. But punitive and simplistic measures will only exacerbate the problems they may create. While the specific provisions of the promised executive order have not been revealed, they would doubtless be of a kind with the problematic provisions of recent state-level legislation that seeks to regulate free speech —in ways more likely to stifle than encourage free expression and diversity of opinion.

Stand with us in calling on Trump to not interfere with the role of faculty, administration, and governing board in institutional decision-making around free speech, as well as the role of students in the formulation and application of institutional policies affecting student affairs.

P.S. Check out our One Faculty, One Resistance website and Campus Free Speech Toolkit to learn more about the conservative forces behind these new restrictive speech policy proposals and how faculty can take them on in their state legislatures.

In an amicus brief filed on Friday, the AAUP emphasized the importance of faculty being able to use controversial language and ideas to challenge students in the classroom, and argued that Professor Teresa Buchanan’s academic freedom was violated when Louisiana State University dismissed her for making statements in the classroom that the university improperly characterized as sexual harassment.

The brief explains that sexual harassment policies, particularly those focused on speech, must be narrowly drawn and sufficiently precise to ensure that their provisions do not infringe on rights of free speech and academic freedom. In public universities, these policies must meet constitutional standards under the First Amendment. LSU’s policies, and their application to the facts, failed this test.

The case originated when, in 2014, LSU’s Office of Human Resource Management found Buchanan guilty of sexual harassment based solely on her occasional use of profanity and sexually explicit language with her students, despite the fact that Buchanan did not use language in a sexual context and instead employed it to further educational objectives. Buchanan’s dean recommended her dismissal, and has stated that he did not condone “any practices where sexual language and profanity are used educating students.”

Subsequently, a faculty hearing committee recommended unanimously against the dismissal of Buchanan. While the committee faulted her for having violated LSU’s policies on sexual harassment by her occasional use of “profanity, poorly worded jokes, and sometimes sexually explicit ‘jokes’ in her methodologies,” it found no evidence that this behavior was “systematically directed at any particular individual.” Despite this, Buchanan was dismissed.

Professor Buchanan filed suit against the school, arguing that LSU’s sexual harassment policy violated her First Amendment rights because it was vague and overbroad both facially and as applied in her case, and that her due process rights were violated. The district court ruled against her, Buchanan appealed, and the AAUP filed an amicus brief in support of her appeal in the United States Court of Appeals for the Fifth Circuit.

The use of provocative ideas and language to engage students, and to enliven the learning process, is well within the scope of academic freedom and is protected by the First Amendment. Many things a professor says may “offend” or even “intimidate” some students. If every such statement could lead to formal sanctions, and possibly even loss of employment, the pursuit of knowledge and the testing of ideas in the college classroom would be profoundly chilled.

The AAUP recognizes the importance of combating sexual harassment and has long emphasized that there is no necessary contradiction between a university’s obligation to address problems of sexual harassment effectively and its duty to protect academic freedom. To achieve these dual goals, hostile environment policies, particularly those focused on speech alone, must be narrowly drawn and sufficiently precise to ensure that their provisions do not infringe on First Amendment rights of free speech and academic freedom.

You can read the full brief here.

P.S. If you’d like to support AAUP’s legal work, you can donate to the AAUP Foundation today. 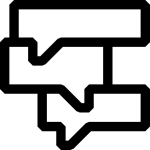 Free speech on campuses has become a focus of contentious debate and increased media scrutiny. Campus communities—including administrators, faculty, and students—generally embrace the concept of free speech yet lack a clear consensus about its limits. The AAUP invites proposals for presentations at our June 14–17 annual conference that offer nuanced articulations of the concept of free speech in the context of higher education. Submissions are due by January 14.

Presentations on other topics of interest to a diverse, multidisciplinary higher education audience are welcome. We encourage proposals that raise questions, engage conference participants in discussion, and foster dialogue. See additional details and submit your proposal at https://www.aaup.org/CFP-2018.

PS: If you’re interested in writing an article on the topic of free speech for the AAUP’s online Journal of Academic Freedom, take a look at our call for papers, with submissions due by January 31.

Interested in the issues surrounding free speech on campus? Join us tomorrow, June 14, at 3 p.m. for a Facebook Livestream of a symposium on current challenges to free speech on college campuses, the First Amendment’s role, and the future of the student press at American universities.

RSVP now and visit the AAUP’s Facebook page tomorrow at 3 to watch live.

Co-hosted by the AAUP and the Newseum, the first panel on free speech will feature Newseum CEO Jeffrey Herbst, former president of Colgate University and author of a recent white paper, “Addressing the Real Crisis of Free Expression on Campus”; John K. Wilson, co-editor of the AAUP’s Academe Blog and author of Patriotic Correctness: Academic Freedom and Its Enemies; and Catherine Ross, professor of law at George Washington University and author of Lessons in Censorship: How Schools and Courts Subvert Students’ First Amendment Rights.

The second panel, on student press, will feature Frank LoMonte, executive director of the Student Press Law Center; Henry Reichman, first vice president of the AAUP and chair of the AAUP’s Committee A on Academic Freedom and Tenure; and Courtney Rozen, editor-in-chief of The Eagle, the student newspaper at American University. Gene Policinski, chief operating officer of the Newseum Institute, will moderate both panel discussions.